When Greg Jacobs and his colleagues set out to create a documentary about early childhood education in America they assumed it would be a pretty cut and dry job.  Five years later, following a screening of No Small Matter at the Wheelock Family Theater in Boston, Greg acknowledged it was anything but.

“We came to realize that the story of early childhood education isn’t just one story or one issue, but rather 50 stories that roll into one.  There’s the social justice component, there’s the scientific research on childhood development, and of course, there’s the story of the professionals that work with children every day. There was so much that absolutely had to be included in the film, and yet so much that more that we couldn’t fit in.”

First released this past summer, No Small Matter is a feature-length documentary that shines a spotlight on the critical importance of early childhood education and unpacks all the challenges surrounding child care in America.  In the words of attendees present that evening, it is a film that gives ECE professionals reason to be proud of the work they do, and reason to be sad about the state of child care in 2018.

Throughout the film, we meet working families struggling to make ends meet and afford child care for their children.  We also hear from leading academic researchers, including scientists who have developed methods to measure brain activity in young children.  Their research only confirms the audience’s understanding of the critical importance of engaging and nurturing programs and environments for children from the youngest of ages.

However, it’s Rachel Giannini who steals the show.  Rachel embodies all that it means to be an early childhood educator. We’re treated to magical moments with children in the Yellow Room — exploring bugs in the garden, engaging storytime on the carpet, and interpersonal problem-solving exercises with Rachel playing the role of guide, not a teacher. And then we’re brought back to reality with the painful recognition that Rachel simply can’t make ends meet working full-time with children. There was a collective sigh throughout the audience as, suddenly, we’re no longer in a joyful preschool classroom, but rather in a bar, watching Rachel pour drinks at her second shift.

Following the film, an all-star panel of Boston’s ECE community joined Greg on stage to discuss takeaways and field questions from the audience.  The consensus: while there has been progress in public funding and recognition of the importance of child care, there is still a great deal of work to do. 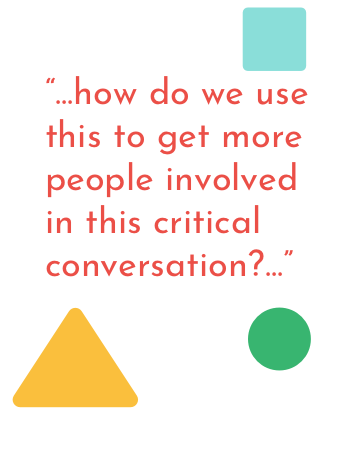 Want to learn more?  Check out NoSmallMatter.org – the team has assembled a great set of resources for educators and allies to help advocate for early childhood education around the country.

Thank you to Amy O’Leary and her team at Strategies for Children for putting on such a great event for the Boston ECE community.  Additional sponsors included the Massachusetts Association for the Education of Young Children, the Council for a Strong America and New Profit.

And thanks to Greg, who co-directed the film, and his colleagues at Siskel/Jacob Productions and Kindling Group for creating such a foundational resource for the ECE community nationwide.

In the words of one audience member following the event, the real question is now that we have this film, how do we use this to get more people involved in this critical conversation?

Family Child Care (FCC) Providers come to NeighborSchools to join our community, earn more money for the hard work they do, and get dedicated support and discounts. Providers on NeighborSchools earn more because of our “MagicMatch” technology and our partnerships with big companies that refer their employees to NeighborSchools for high-quality child care. We are the first and only full-service platform that is 100% committed to helping FCC Providers thrive. Right now, thousands of parents are looking for the right Provider on NeighborSchools. Click here to see how many are in your neighborhood. Ask Me Anything: Why Did You Join NeighborSchools? Video: How to Start a Successful Home Daycare How to Get a Home Daycare License in Pennsylvania