Why do parents choose home daycare?

When Courtney Trudell found out she and her husband were expecting a son, she had no idea how to even begin the search for child care. “I remember my friends complaining about finding the right daycare, and I would always tune them out!” she laughs. By thinking about what mattered most to her family and focusing on those key priorities, Courtney found her perfect solution. She found Ms. Doris’ NeighborSchool, a home daycare in Dorchester, MA.

“Many of my friends sent their kids to large centers. So, I was a little nervous when we first visited Doris’s daycare,” Courtney explains. “But those feelings disappeared quickly. Doris made us feel so comfortable right away.” Courtney’s son, Robert, started at Ms. Doris’ daycare when he was six weeks old. As first-time parents, the Trudells were anxious about leaving their young son all day. They were hoping for a program that felt right. “From the first time we met, it was so obvious that Doris loves what she does and loves the kids. We felt like family and, even though Robert is now in kindergarten, we still keep in touch.”

Find a Provider Near You 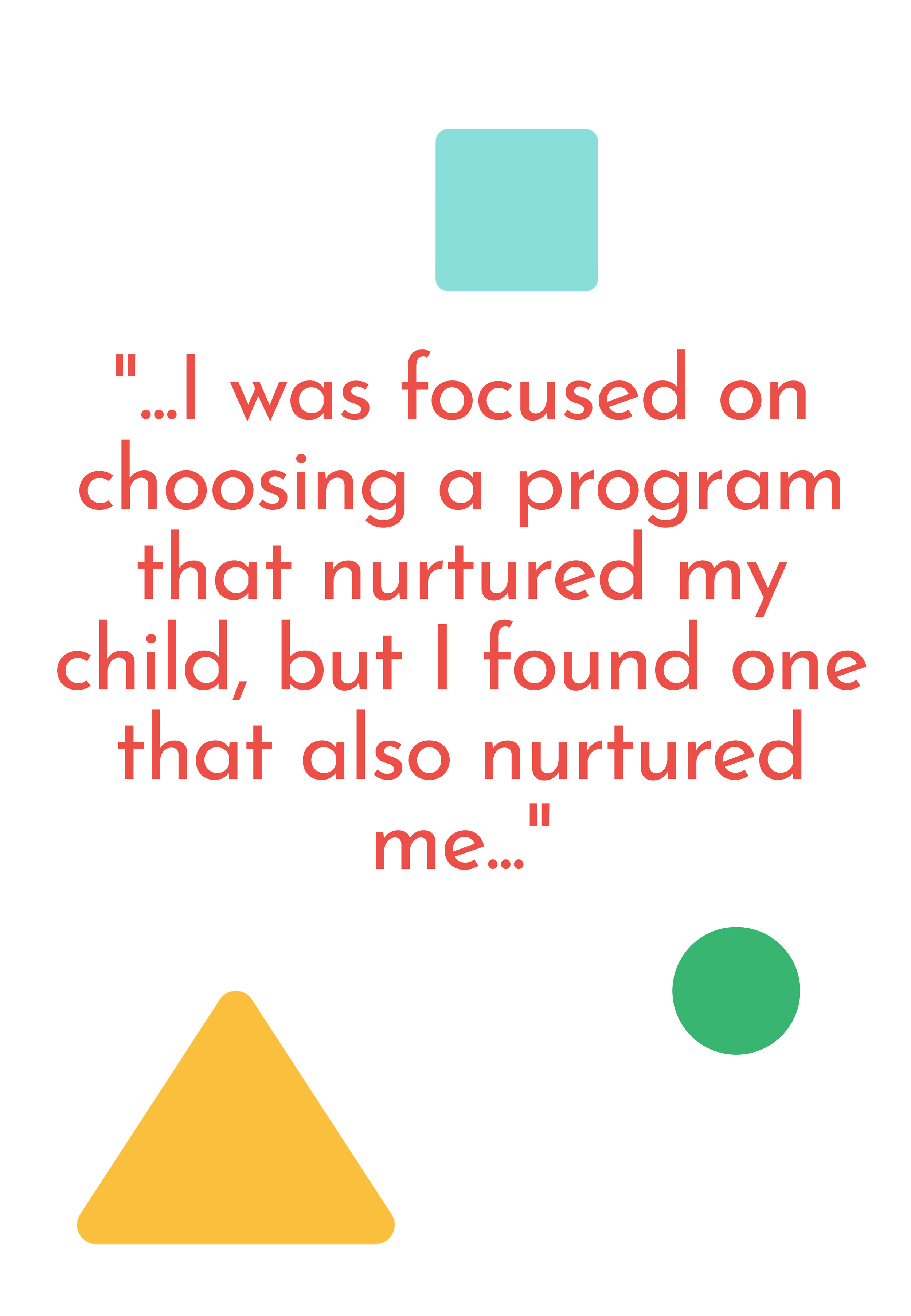 “With Doris, I never worried about Robert being prepared for grade school,” says Courtney. “When we talked about going to Doris’, we always called it ‘school.’ He wasn’t just being cared for during the day, having his basic needs met. Doris had a defined curriculum, and she would send home progress reports. He has done really well transitioning into kindergarten.”

Robert was at Little Dolphins from the age of six weeks to nearly four years, when he “graduated” to preschool. “I had friends whose kids were in four or five programs before kindergarten!” says Courtney. “I can’t image the frustration of continuing to have to adjust to a new schedule and program—for the parents and kids.” Courtney credits their longevity at Little Dolphins to Doris’ excellent daycare and her family’s commitment to finding child care that met their specific needs.

“I think it’s so important that parents are realistic about what works for their life and find a program that meets those standards,” Courtney explains. “For example, my husband leaves for work really early, so we needed a program where I could drop off Robert in the morning, and my husband could pick him up in the afternoon. But I also think it’s important to be flexible with the other details. You might be surprised by a wonderful program that you weren’t expecting.”

Parents and Providers Work as a Team

With small group sizes and less turnover (of children and teachers), home daycare Providers are very attuned to each child’s development—and can offer advice or insights to parents. “Doris was so great about keeping an eye out for developmental markers and updating us on things she noticed throughout the day,” says Courtney. “When Robert was having trouble identifying colors, she caught it right away and recommended that we practice naming the colors of household items with him. I know she made similar observations and recommendations for other families too.”

And Courtney says the feeling of partnership didn’t end when Robert left Doris’s daycare. “We still stay in touch, send photos and notes, because we know she cares,” Courtney shares. “In fact, Doris came over during the holidays. She’s a part of our family.”

One of the unique benefits of choosing home daycare for your little one is that children are cared for in an environment that feels like a home—because it is! The setting creates a comfortable experience for kids and opens up fun opportunities for neighborhood field trips. “Doris took the kids outside constantly,” says Courtney. “She had a huge play area in her backyard, and they took weekly trips to the park and the library. I have friends whose kids were in big child care centers and weren’t able to take frequent trips like that. It was nice to know Robert got to spend so much time outdoors.”

In Massachusetts, home daycare programs are limited to six children for a single educator, allowing for the important development of trust between child and educator—as well as the educators and parents. “As a new mom, I was eager to hear her advice,” says Courtney. “Doris fostered such a collaborative partnership. She made me feel like each parent has her or his own natural strengths and, with her guidance, each parent can shine.”

The small ratios also allowed Courtney to get to know her fellow parents. “Throughout the year, Doris hosted parties, like a Thanksgiving celebration, Parent’s Day, and a summer cookout,” Courtney explains “Parents would come after work, and she would even invite families who no longer had children in her program. We still go to the get-togethers, even though Robert is in kindergarten, and it’s such a nice way to stay in touch.”

Since family child care is run out of the provider’s own home, there’s often a program right in your neighborhood—saving on travel time and providing an extra level of comfort for your child. “Doris’ home is just a few blocks from our house, so when Robert was a little older, we would walk or ride bikes there,” says Courtney. “He actually got to know the route pretty well, so when we’re in the car and driving in her general direction, Robert will still ask if we are going to see Doris.”

Courtney’s advice for new parents, who are navigating child care options for the first time?

“I’m super rational, so I would say list the priorities for your family and make a decision that fits that list,” she suggests. “But also keep an open mind, because even when you have a clear picture of your priorities, it can be hard to find a program that fits 100%. We got lucky with Doris—I was focused on choosing a program that nurtured my child, but I found one that also nurtured me and helped me become a better parent. I’m always telling my friends to check out family child care programs—our experience was so wonderful!”

Want to learn more about Ms. Doris’ daycare in Dorchester, MA? Check out her NeighborSchools profile.